With peace, harmony and unity, we honour the land on which PSD resides which now includes Treaty No. 6 and Treaty No. 8 territories.

In Treaty No. 6, we recognize and acknowledge this is traditional and ancestral land, home to many First Nation, Métis and Inuit, including our immediate neighbours from Alexander Cree Nation, Alexis Nakota Sioux Nation, Enoch Cree Nation and Paul First Nation.

We take time to recognize the land as an act of reconciliation and gratitude. We acknowledge Indigenous values, traditional teachings, ways of being, contributions and historical inequalities. We respect all cultures with an open heart and an open mind.

We ALL heal together.

Parkland School Division (PSD) recognizes the historical significance and contributions of Canada’s Indigenous Peoples and their cultures and understands the important role that the Indigenous communities play today and in the future. We recognize the importance of honouring and acknowledging Treaty No. 6 and Treaty No. 8 Territories as we work towards strengthening relations and building bridges with our neighbouring Indigenous communities.

The division opened a poster contest to all PSD schools in October 2020 as a tangible way for students in Grades 4 through 12 to deepen their understanding of what it means to be a Treaty person and to showcase their creativity and artistic talents.

As the contest drew to a close on January 29, 2021, there were over fifty entries submitted by students from a number of PSD schools. The judging panel included:

Judging took place on February 9. Scores were tallied and a winner in each age category was named: 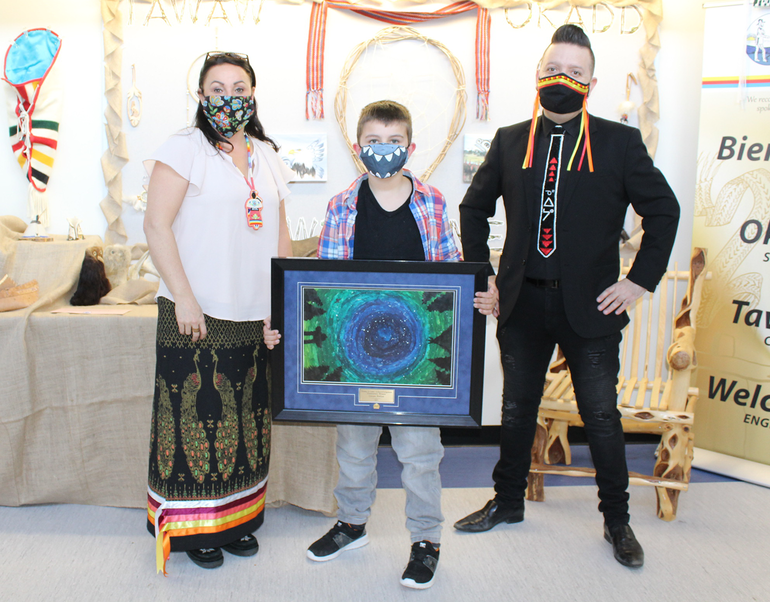 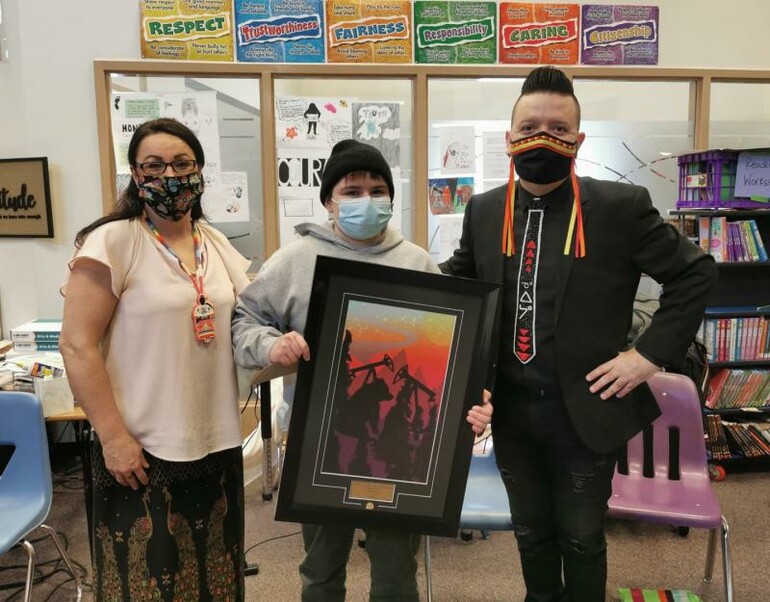 Each winning student’s original art was custom-framed and presented to them as a keepsake by Lance Cardinal and Miss TJ (Indigenous Education Facilitator) on March 10. Framed copies of the winning pieces will be on display at the Centre for Education in Stony Plain.

The official PSD land acknowledgement has been modified to include the written contributions of Makena Keenan, a grade 9 student from Prescott Learning Centre.

The overall winning poster was created by Taelin Bird (pictured below). All PSD schools will receive and display Land Acknowledgement posters. 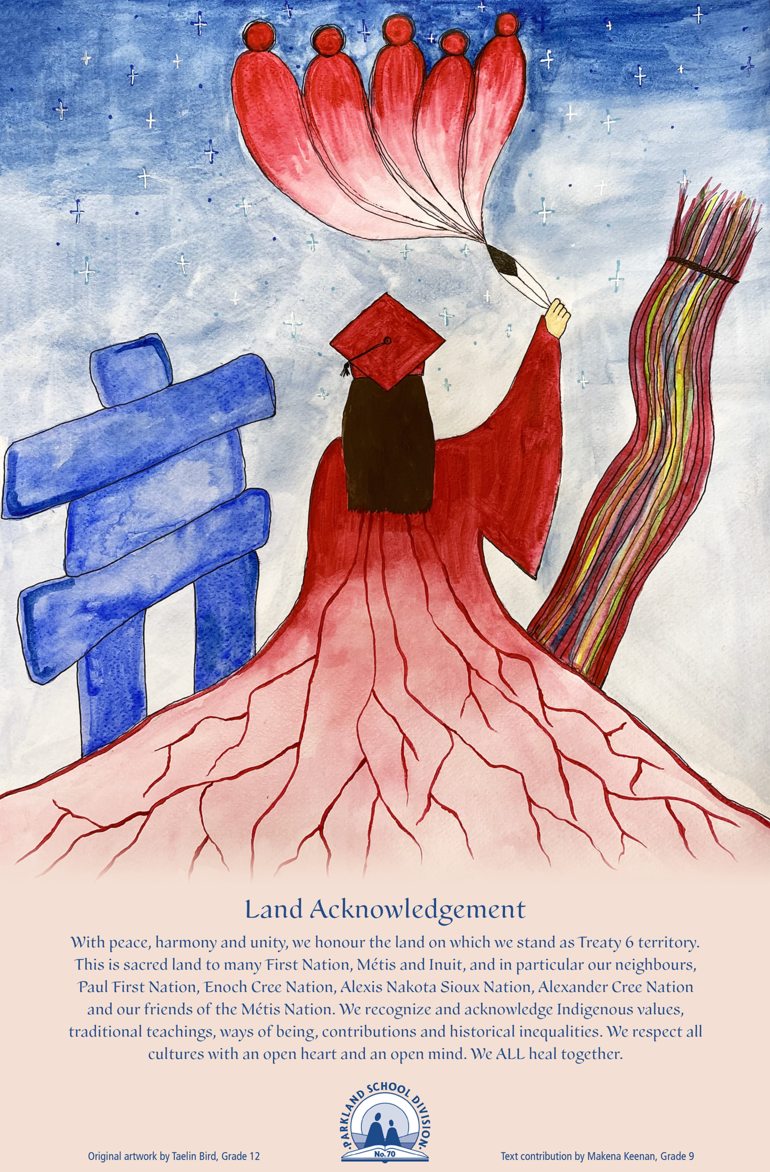 In PSD's Administrative Procedure 150: Land Acknowledgement, further guidance is given to school-based staff when it comes to the significance and importance of a proper acknowledgement when it is appropriate to include.

1. Division staff and students, at their respective sites, shall demonstrate recognition for special Indigenous days, weeks and/or months; notably:

2. The Superintendent or designate shall identify alternate days and weeks, when the days and weeks in S.1 (above) conflict with calendar holidays or weekends.

3. Any Acknowledgment shall be thoughtfully prepared, and spoken so as to evoke an awareness of Indigenous presence and land rights in everyday life.

4. Preparation of an Acknowledgment may require a thoughtful consideration of any or all of the following:

4.1. Why an Acknowledgment needs to happen;
4.2. How the Acknowledgment relates to the event or work you are doing;
4.3. The history of the Territory and the impacts of colonialism in the Territory;
4.4. The individual relationship to the Territory, and how the speaker came to be here; and
4.5. Individual and organizational efforts to advance Truth and Reconciliation commitments.

5. Division Staff shall acknowledge both Treaty No. 6 Territory and Treaty No. 8 Territory with appropriate Treaty Acknowledgment Statements at all board meetings and hosted public and/or community events and gatherings as deemed prudent to do so; specifically, at those events where the National Anthem is played.

6. As determined by location, administrators and school staff shall acknowledge either Treaty No. 6 Territory or Treaty No. 8 Territory with an appropriate Treaty Acknowledgment Statement at significant school and/or community special events, celebrations and gatherings as deemed prudent to do so; specifically, at those events where the National Anthem is played.

7. The acknowledgement needs to be made at any appropriate time during the Opening Remarks.

8.1. The history of First Nations, Métis and Inuit people;
8.2. The ancestral land of Treaty No. 6 and/or Treaty No. 8 Territories;
8.3. Our Treaty No. 6 neighbouring Nations, including:

8.4. Our Treaty No. 8 neighbouring Nations, including: