May 20, 2022 - Parkland School Division’s Superintendent of Schools, Shauna Boyce, is pleased to announce the following administrative appointments for the 2022-2023 school year. With the departure of a few members of PDS’s Lead Team off to prominent roles in either other school jurisdictions or Alberta Education, the intentional movement of administrators had a natural starting point.

“I am really excited about the prospects of our Leadership Team moving forward for the 2022-2023 school year,” stated Superintendent Boyce.

“While it’s sad to see some leave, there’s a sense of pride that PSD team members are sought after in many education circles in our province. Meanwhile, trustworthy, respectful relationships with all stakeholders will continue throughout the Division guided by our strong Lead Team as we continue to build systems and structures that promote Student Success and Well-being.” 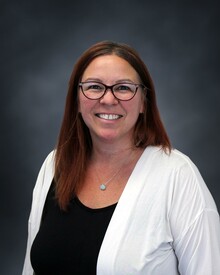 Leah Andrews has served students in Parkland School Division for 14 years. She began her journey in PSD as a curriculum facilitator. She was the Division’s Director, Learning Services beginning in 2010 and that role evolved into her current post as Division Principal, Student Services. She has helped lead a team of facilitators that serve school communities in the areas of curriculum, student services, educational technology, program monitoring and development. Ms. Andrews also has teaching experience in Kindergarten, Grade 1 and Grade 2 classrooms in High Prairie before landing in PSD.

“I am excited and honoured to return to a school setting. I feel like I am going home and look forward to hearing, seeing, and being with students on a daily basis. The programs at Forest Green have been a big part of my work in Student Services and seeing them through a new lens is exhilarating. I can't wait to work alongside the Forest Green staff and community to continue the great work they have been doing in supporting students.” 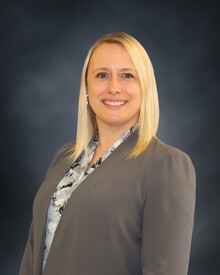 Christine Bileau joins Parkland School Division after having spent all twenty of her years in education employed by Edmonton Public Schools. This Spruce Grove resident comes full circle as her first student teaching experience was at Woodhaven Middle School back in 2001. She officially began her teaching career teaching various subjects at Jasper Place High School including Knowledge & Employability, English, CALM, Math and Science. She moved to Eastglen High School to teach English Second Language courses including Math, Science and ESL Canadian Studies beginning in 2015. She served students as the Department Head, Special Needs at Jasper Place High School and was the Department Head, Inclusive Learning at Eastglen. Christine began Acting Administrator roles beginning in 2018 at various Edmonton Public schools and has been in her current role as Assistant Principal, Eastglen High School for Instructional and Operational Leadership since 2019.

“I am honoured to have the opportunity to serve the students, staff, and families of the Entwistle School community and am thrilled to come home to Parkland School Division.” 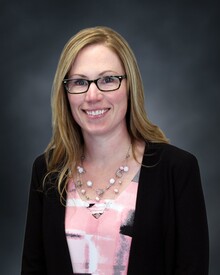 Nealle began her teaching career with Parkland School Division after earning her Bachelor of Education degree from the University of Alberta in 2001. She taught a Grade 5/6 split class for 4 years at Tomahawk School. Nealle taught at Muir Lake School from 2005 to 2015 in various classrooms from Grades 3 to 8. Her first foray into school administration was as Acting Assistant Principal for Muir Lake School for the 2014-15 school year. She became Assistant Principal for École Meridian Heights School for the 2015-16 school year. Part way through the 2015/2016 school year, Nealle accepted the Assistant Principal position at Prescott Learning Centre. She has been the Principal of Forest Green School since the beginning of the 2019-2020 school year. Nealle earned her Masters Degree from the University of Calgary in Educational Leadership.

“It has been my absolute pleasure serving the students, staff and families of Forest Green School for the past three years and the community will forever have a piece of my heart. I am, however, very excited to be joining the team at Woodhaven Middle School. Its our role to plan for, support, and mentor students so they can all achieve success. With this philosophy in mind, I cannot wait to get started on this new journey and continue the great work already occurring at Woodhaven.”

Adrienne Owen has spent her entire education career with St. Paul Education in three different schools in the northern Alberta school division. Her first post after graduating from the University of Alberta was a Teacher Counsellor position at Glen Avon School. She spent a few years teaching Grade Four at Ashmont School before beginning her administrative career as an Assistant Principal and Coordinator of Student Supports with New Myrnam School. Ms. Owen has been the Principal of New Myrnam School as well as Myrnam Outreach and Homeschool Centre since 2019. Part of Ms. Owen's legacy will be the establishment of a school culture with an emphasis on environmental education, trades, project-based learning, and innovative strategies for student engagement, all in a northern Alberta rural setting.

Adrienne earned her Bachelor of Education degree from University of Alberta in 2010 and completed a Master of Science, Instructional Media and Educational Technology from Wilkes University in 2016.

“I am thrilled to join the team at High Park School and I am excited to get to know the community of both High Park and Stony Plain. I love finding unique ways to engage students meaningfully in their learning. I can’t wait to meet all the students and staff.” 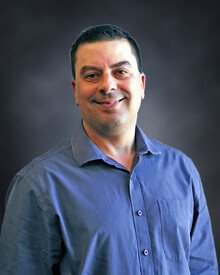 Shaye Patras rejoins PSD's Division Office in the role of Division Principal, Indigenous Education & Numeracy after having spent the last three school years as Principal of École Meridian Heights School in Stony Plain. Prior to that, he has also been Principal at Seba Beach School, Blueberry School and Woodhaven Middle School. His previous stop in a central role was as a Curriculum Facilitator back in 2007 with PSD's Learning Services, providing direction and leadership to teachers and administrators in areas such as curriculum implementation, professional development and assessment. Shaye began his journey with Parkland School Division in 2002 and has also taught at Woodhaven Middle School and Greystone Centennial Middle School. He's also spent a year in a secondment role at Alberta Education in 2005 - 2006.

"It has been an honour to serve the École Meridian Heights School community over the past three years. I have been truly amazed by the resilience and collaboration that students, staff and parents have shown. I am looking forward to the opportunity to continue to learn and grow and to serve Parkland School Division in this new role." 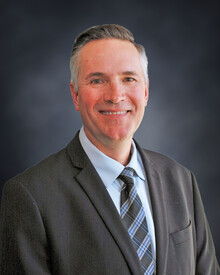 Chris Shaw is currently in his 27th year in education and all but two of his years in his professional career have been with Parkland School Division. Upon completion of his Bachelor of Education degree in Secondary Education English and Social Studies, Chris began his journey at Mayerthorpe Junior/Senior High School. His 19 years at Spruce Grove Composite High School included 5 years as the English Department Head before starting his administrative career in 2010 as a Grade Coordinator. Chris spent the better part of six years as an Assistant Principal split between Spruce Grove Composite High School and Memorial Composite High School in Stony Plain. He has been the Principal at Woodhaven Middle School since 2019 which included an active role as a liaison between PSD and building contractor Stuart Olson for the modernization and expansion of the school. Chris earned a Master’s degree from the Department of Educational Policy Studies in Educational Administration and Leadership from the University of Alberta in 2014.

"Working with Woodhaven staff, students, parents, and guardians to build a school has been one of the highlights of my professional career. I will look back at the relationships I have made with the amazing staff with nothing but respect for their professionalism and commitment to constant growth and improvement. I am very much looking forward to bringing all I have learned during my time at Woodhaven to work and grow with an already excellent group of educators at Prescott Learning Center." 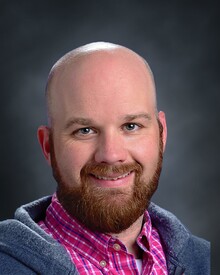 Bryn has served the learning community of Prescott Learning Centre for the past two years as Principal. He began his career with Parkland School Division in 2004 at Entwisle school and has served as a teacher, special education coordinator, assistant principal, and principal at Entwistle, High Park, École Broxton Park School, and most recently Prescott. Previously, as a Learning Services facilitator, he coordinated Violence Threat Risk Assessment and student support. Bryn has facilitated a variety of professional development opportunities for staff including Nonviolent Crisis Intervention and Violence Threat Risk Assessment training and has represented PSD on several different multidisciplinary committees and organizations including a Co-Chair for the Tri-Area VTRA Project Committee.
Bryn completed his Bachelors of Elementary Education at the University of Alberta with a minor in Special Education and his Masters of Education at the University of Calgary in Interdisciplinary Education and Leadership.

"It has been an honor to serve the students, staff, and community of Prescott Learning Centre for the past two years. I have appreciated the dedication and determination of staff, students, and the community as we have navigated the COVID-19 pandemic together. It is truly an amazing community of learners and I am constantly impressed with the ingenuity, creativity, and exploration that I observe every time that I walk into a classroom or through the halls. While I will dearly miss the staff, students, and community of PLC I am excited to continue to serve PSD students and families in a new role." 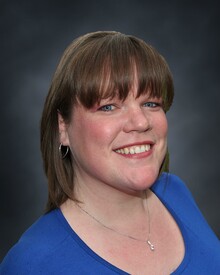 Amy Strachan’s world opened up the moment she entered the teaching profession. Upon graduation with a Bachelor of Education from the University of Victoria, she accepted her first teaching position as a Grade 6/7 and later Grade 2 classroom teacher at Chalo School, an independent school on the Fort Nelson First Nation in B.C. After 5 years in Fort Nelson, Amy landed a Year 6 Teacher job in London, UK in a small primary school on the border of Essex and London. She came back to Canada for one school year in Whitehorse, Yukon Territory as a Teacher On Call followed by various postings back in London that spanned from 2010 to 2017. Venturing back to Canada for the fall of 2017, Amy began teaching Grade 6 at Discovery School in Victoria, B.C. She moved to Trafalgar Middle School in Nelson, B.C. the following school year and soon after began her administrative career at the school’s Vice Principal beginning in 2019. Amy had one other Vice Principalship at L.V. Rogers Secondary School in Nelson (Gr. 9 - 12) before finishing up in B.C. in her current role as Principal back at Trafalgar Middle School in Nelson.

“I am thrilled to be joining the diverse and inclusive division of Parkland. I am looking forward to being part of the community and getting to know everyone, especially the students, staff, and families of École Meridian Heights School."

June 24, 2022 - Parkland School Division is growing by one school next year. In a unique opportunity and partnership in…

Tuesday, June 21, 2022 - The Board of Trustees is pleased to share with all education stakeholders the highlights of our…

May 27, 2022 - Parkland School Division’s Superintendent of Schools, Shauna Boyce, is pleased to announce the following…